» 44% of Americans believe that government spending is the root cause of inflation.

» At the same time, 75% of Americans are in favor of stimulus checks as a means to combat inflation.

» 49% of respondents say they are either saving less for retirement or not saving at all.

» 65% don’t know that they can use a cash back credit card AND a cash back browser extension to ”double dip” on rewards.

» 30% report delaying a car purchase and 15% have delayed a house purchase due to inflation concerns.

» 51% say they are in a worse financial position than they were a year ago.

With the latest inflation numbers coming out, things are not looking great. According to the latest data put out by the U.S. Bureau of Labor Statistics, the cost of living is 8.3% higher than it was at this time last year and isn’t yet showing signs of decreasing. There is no shortage of opinions among Americans on who is to blame or what the best course of action is from here.

To better understand how inflation is affecting people, DollarSprout conducted a survey among a wide sample of Americans from all walks of life. Here are the results.

Irony Between Cause and Solution

While it’s reasonable to think that many different factors contribute to inflation, when we asked what people thought the biggest cause was, the leading answer was “government spending.” 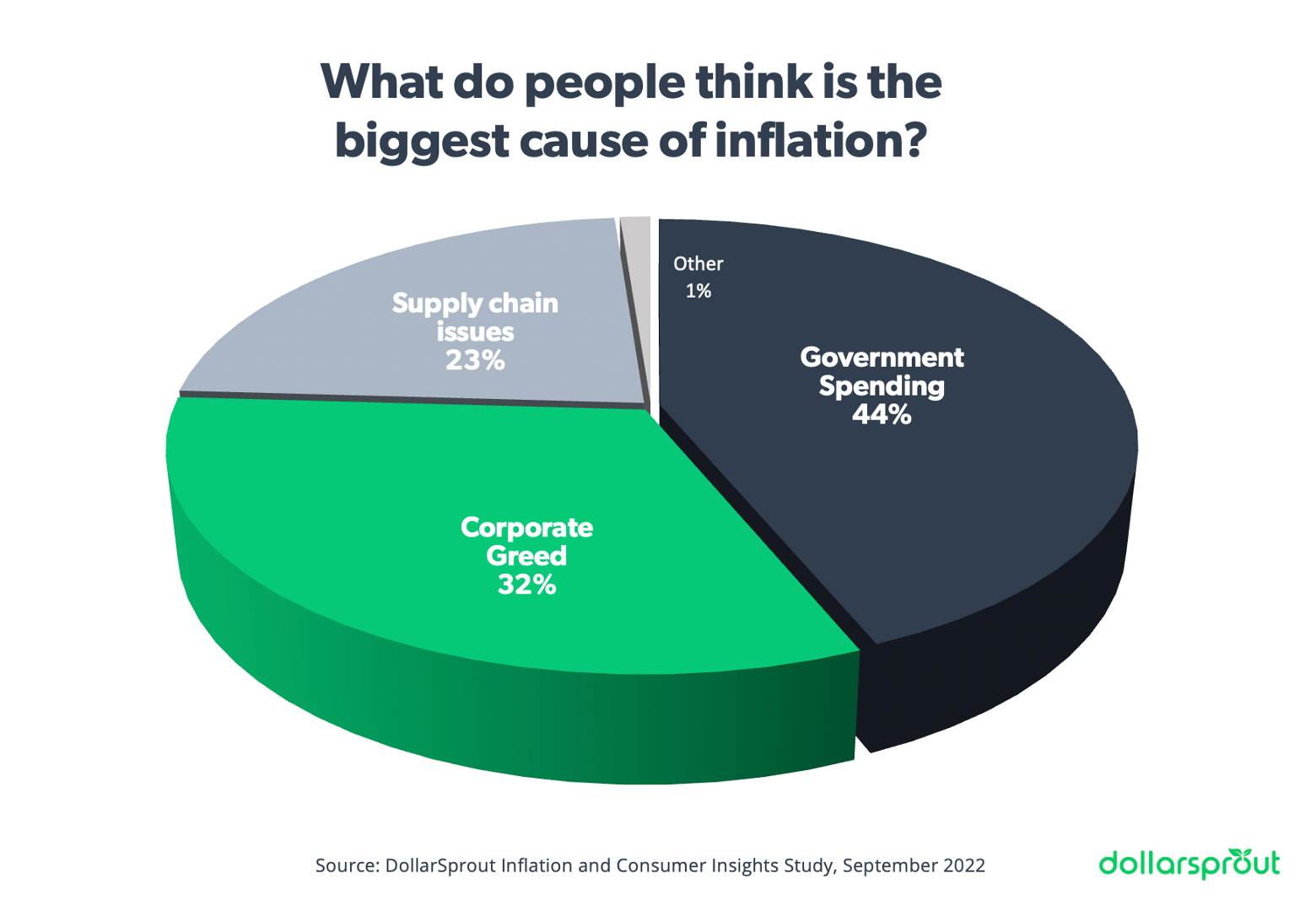 What is most surprising, though, was the response we saw when we asked about a possible solution: stimulus checks. In recent months, several states have announced that they are issuing stimulus checks to citizens.

Despite government spending being cited as the leading cause for inflation, 3 out of 4 respondents supported the idea of stimulus checks as a government response to inflation. 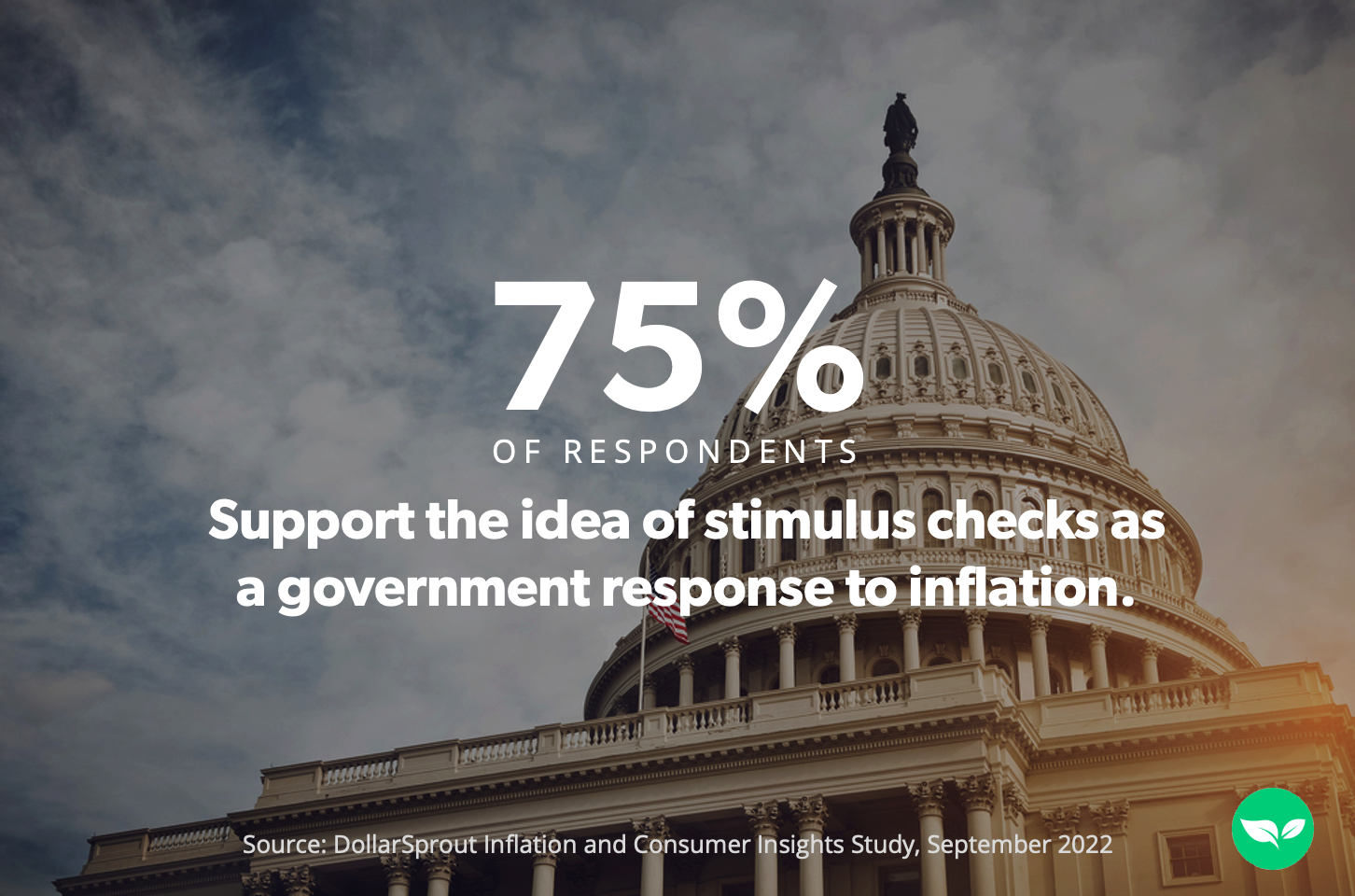 How Are People Adapting to Increased Prices?

When inflation concerns started to creep up late last year and early this year, many consumers were slow to make changes. The Fed infamously claimed that the inflation was “transitory”, meaning it would quickly pass. The reality has now started to sink in that inflation is here to stay for the time being, and it’s now having a much more noticeable impact on consumers. 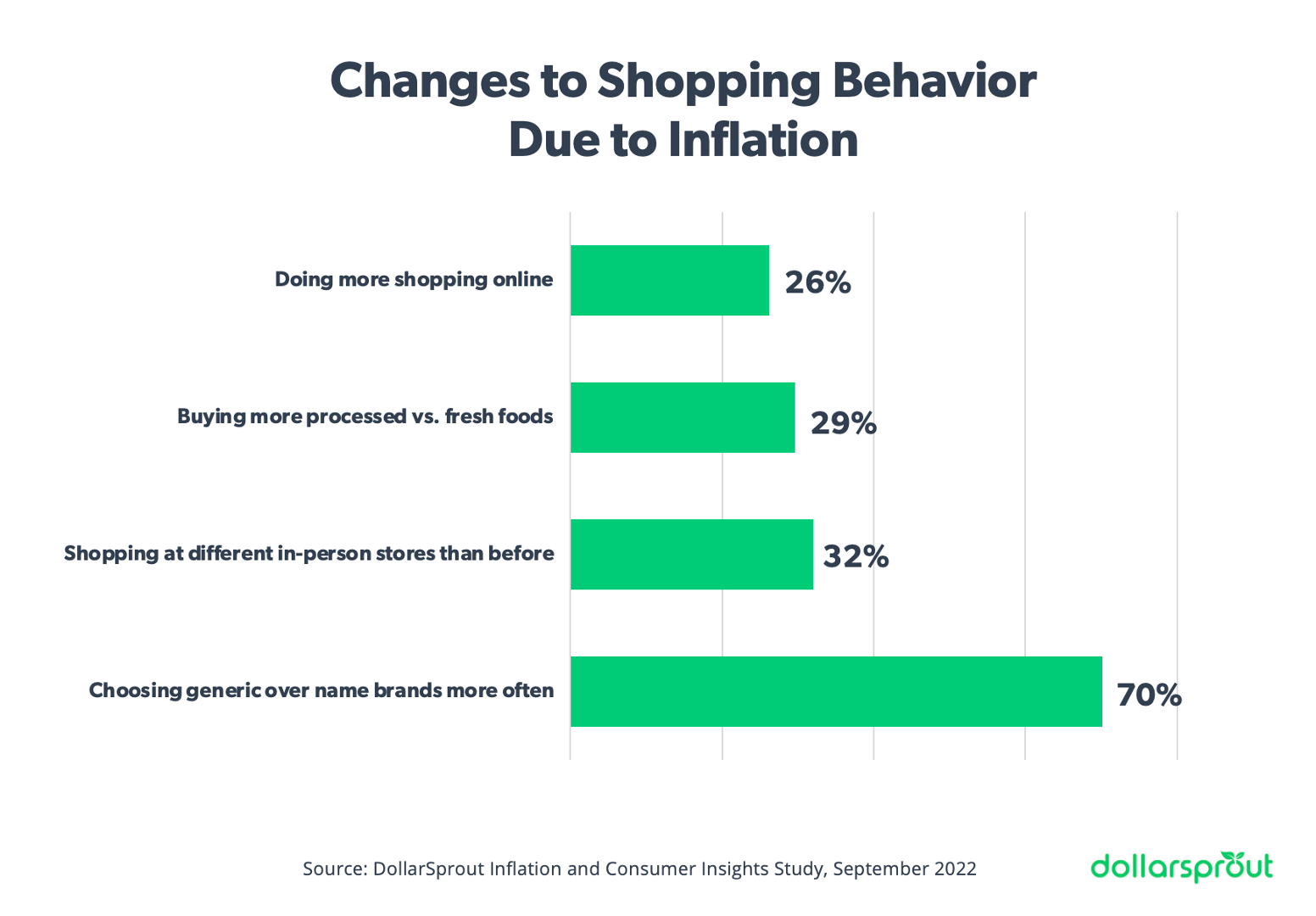 The inflation issue is more significant than just the cost of eggs and bread going up by a few cents. In fact, over 50% of survey respondents reported postponing a major purchase because of the current inflationary environment. 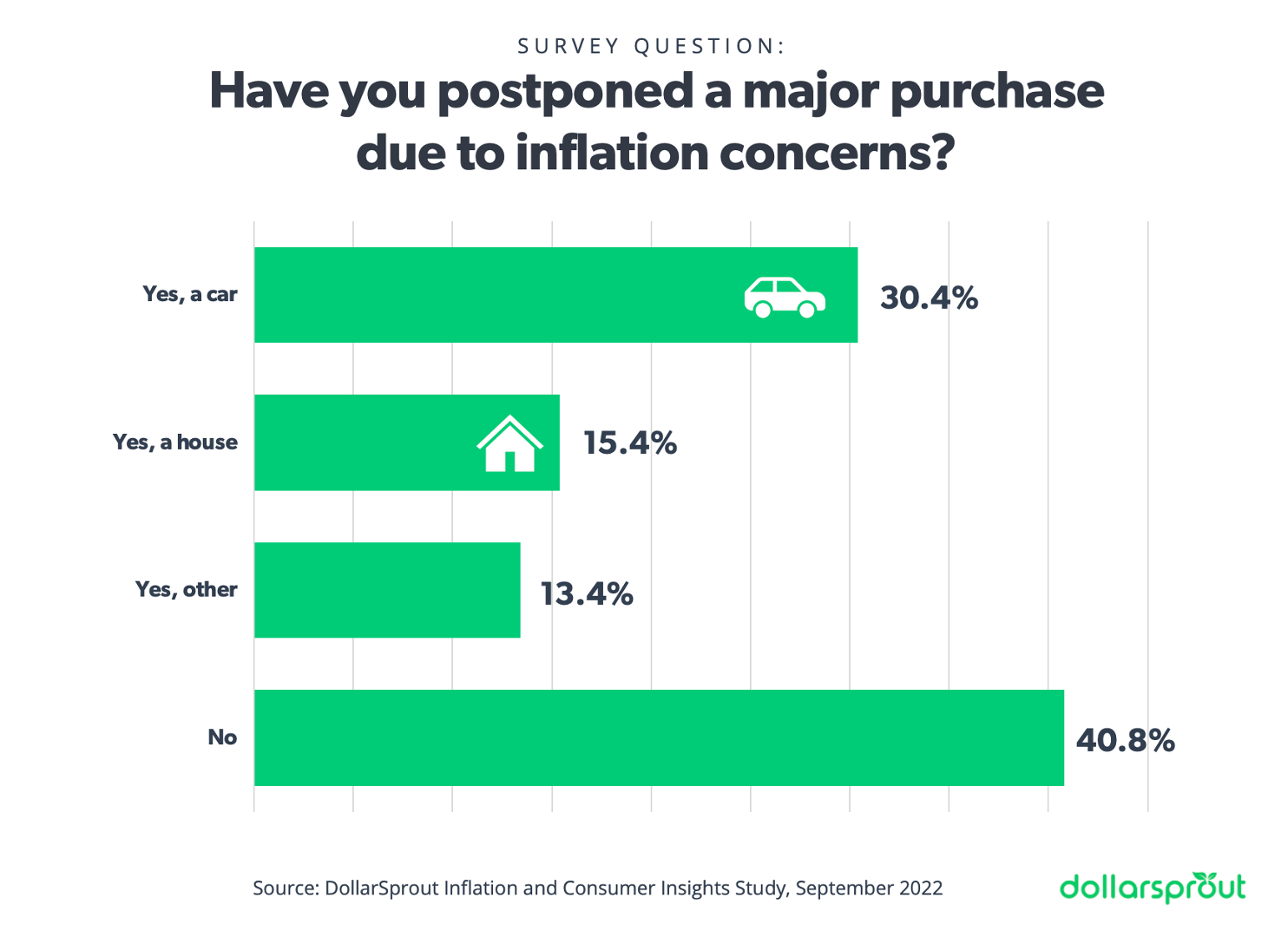 Many Aren’t Using All the Tools at Their Disposal

With food, gas, and housing all becoming more expensive and wages not growing fast enough to compensate, people are running out of options. However, the data shows that many people are still underutilizing all the possible tools at their disposal to combat inflation. 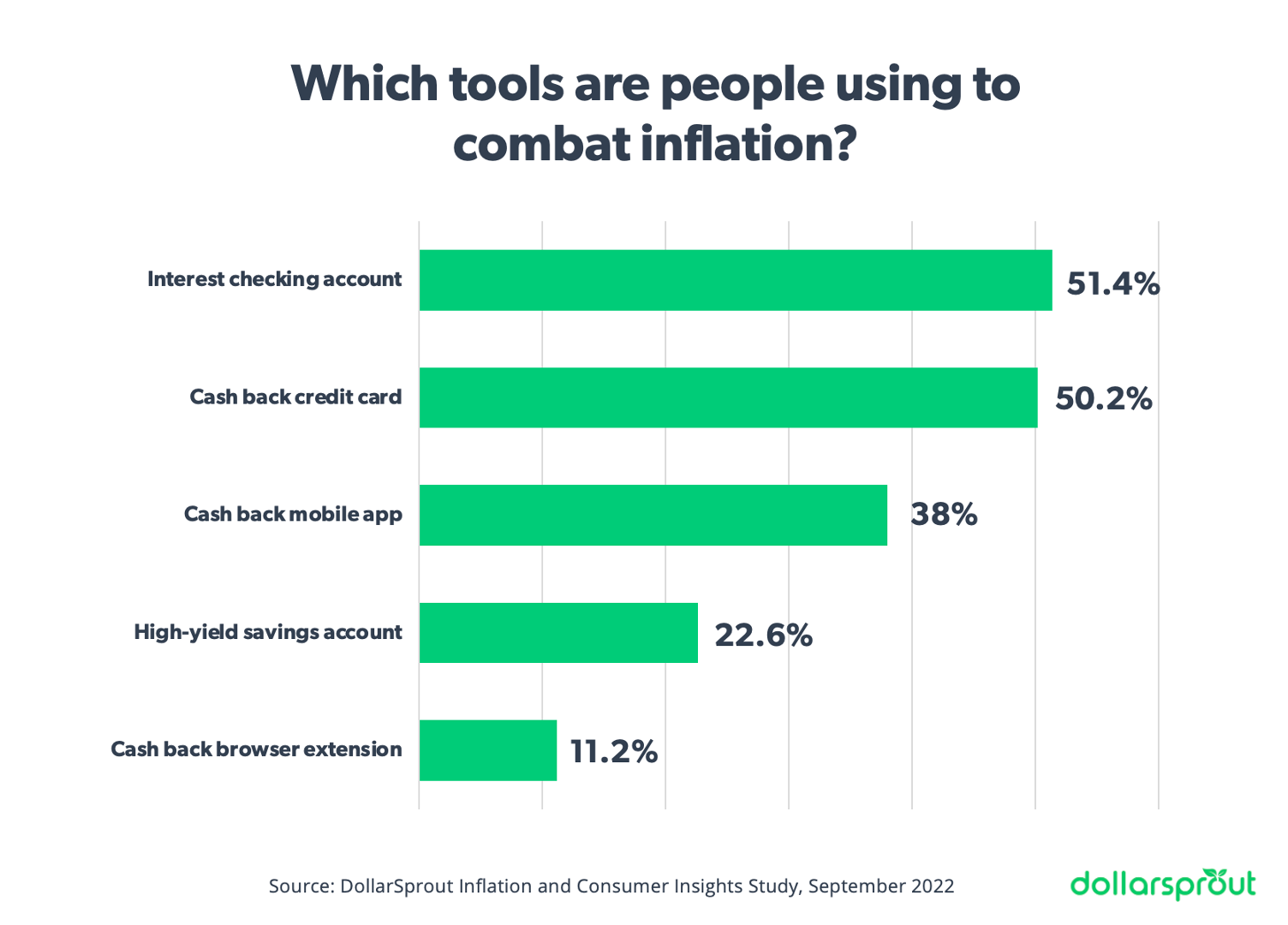 With inflation sitting at just over 8% at the time of this report, double dipping on cash back is perhaps the most significant way to fight back on increasing costs. Getting 4% cash back on something that costs 8% more than it did last year goes a long way. 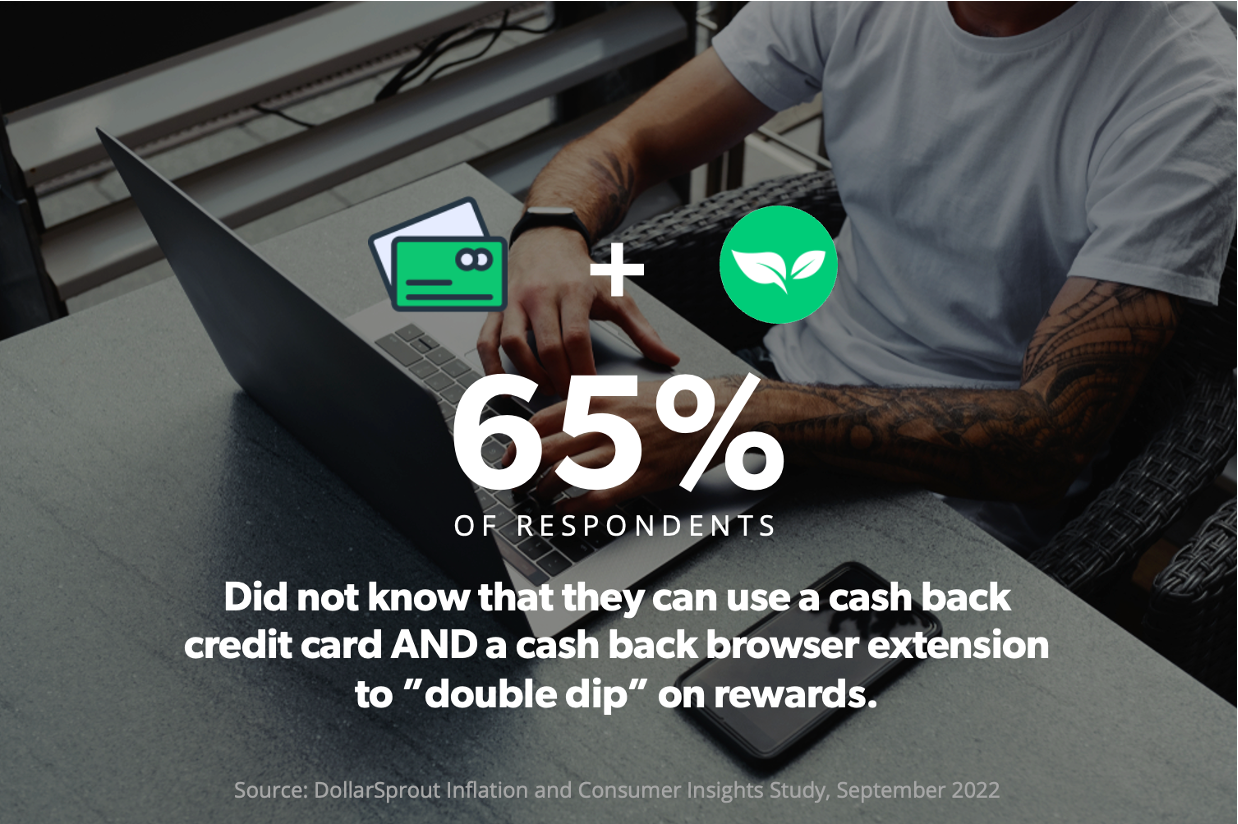 Another common blindspot among consumers is actively looking for coupon codes. We most often think of coupon codes when we see an influencer share their code on Instagram or a retailer send out a coupon code in an email, but just because you didn’t see a coupon code marketed to you doesn’t mean that it doesn’t exist. Over 1 in 10 online shoppers never proactively search for discount codes, and only a little less than half always look. The rest only “sometimes” check for discounts.

Some cash back extensions like Honey will automatically find any available coupon codes without a user having to go out of their way to search. 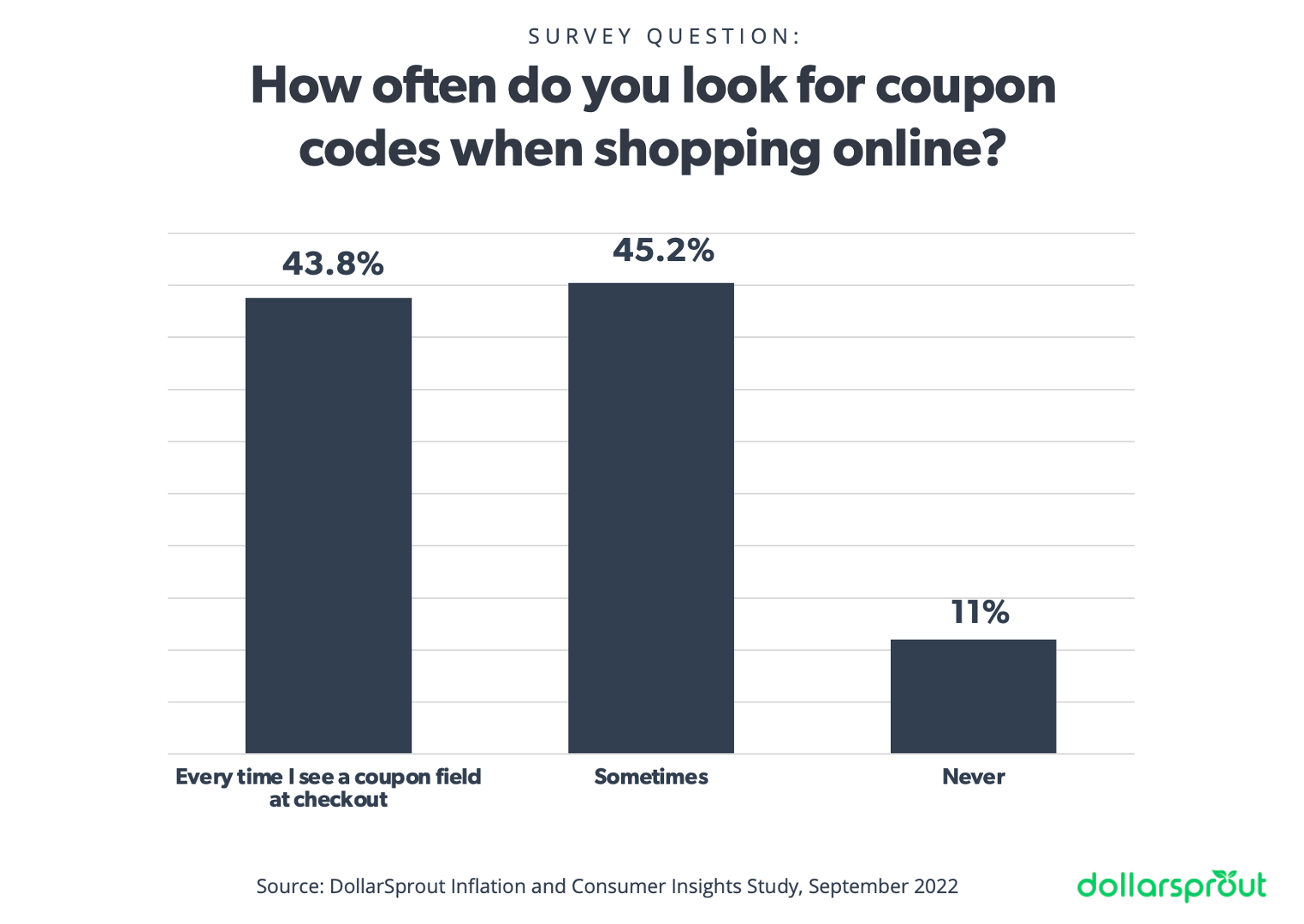 Peoples’ Finances are Trending in the Wrong Direction

To get a more accurate picture on how people are feeling about their overall finances (not just as it relates to inflation), we asked people if they felt like their situation was better or worse than it was 12 months ago. 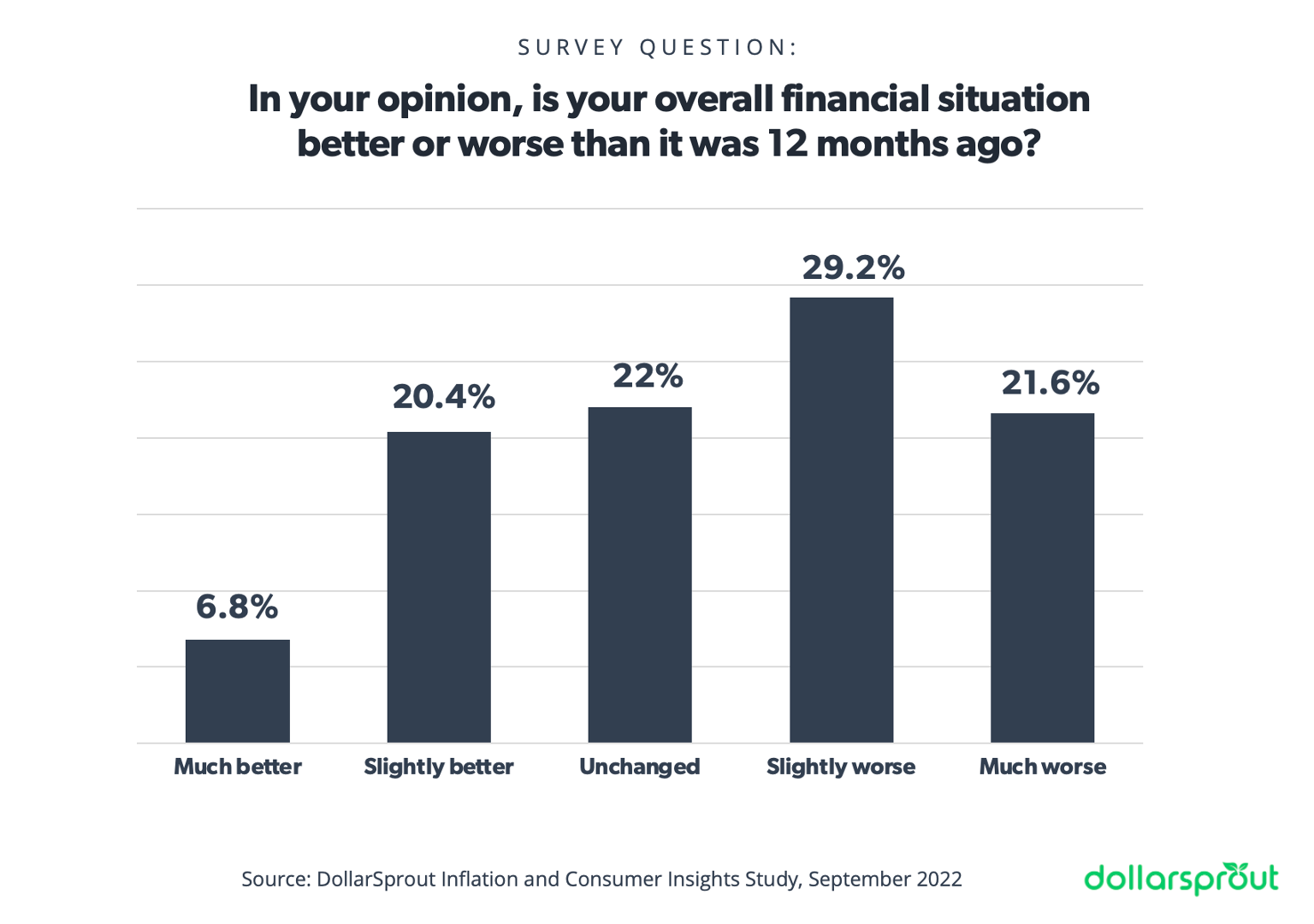 The results were not exactly inspiring, but also not surprising. The same held true for our question on retirement saving, where 25% say they are saving less now and 24% say they are not saving for retirement at all. 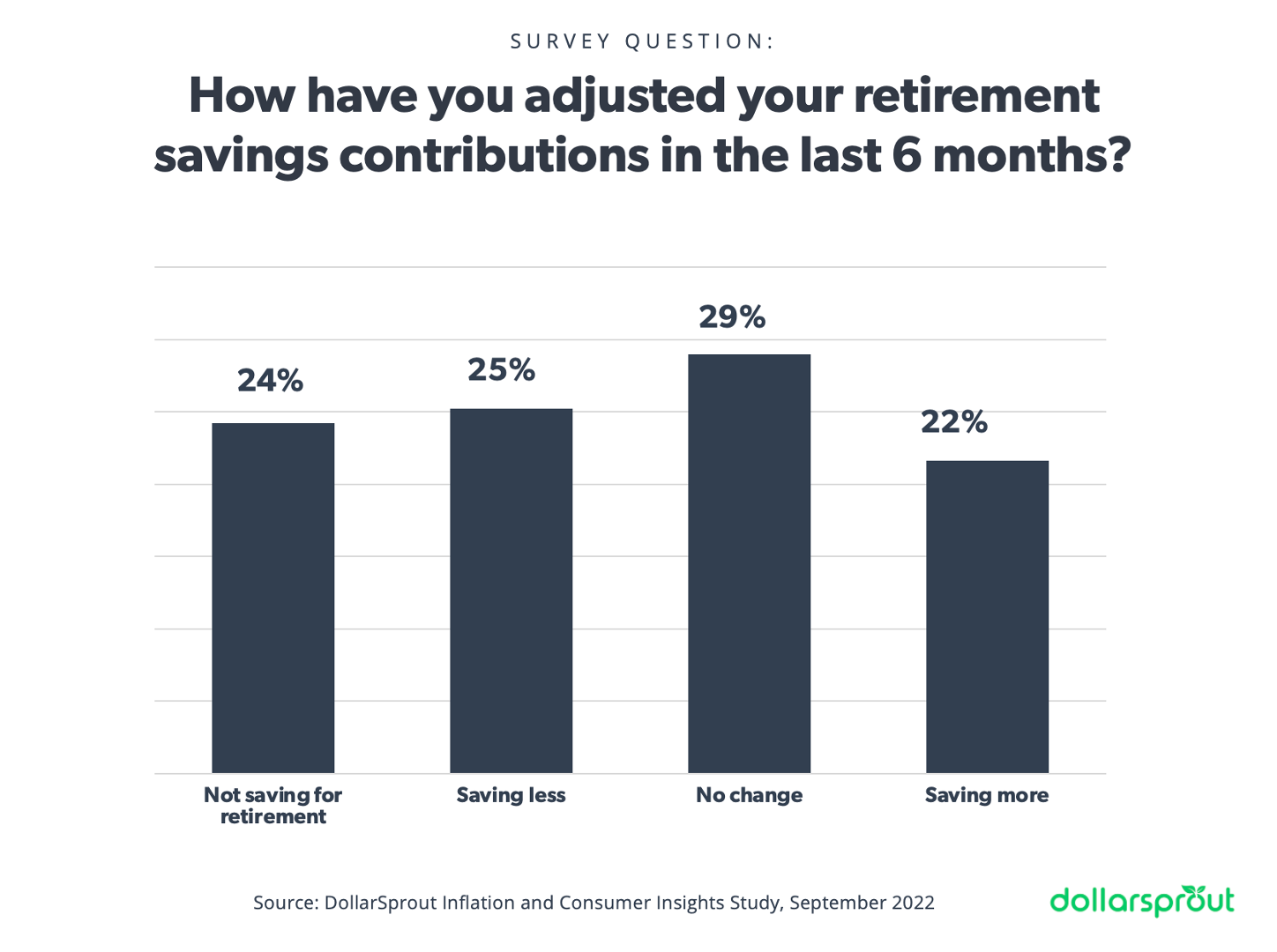